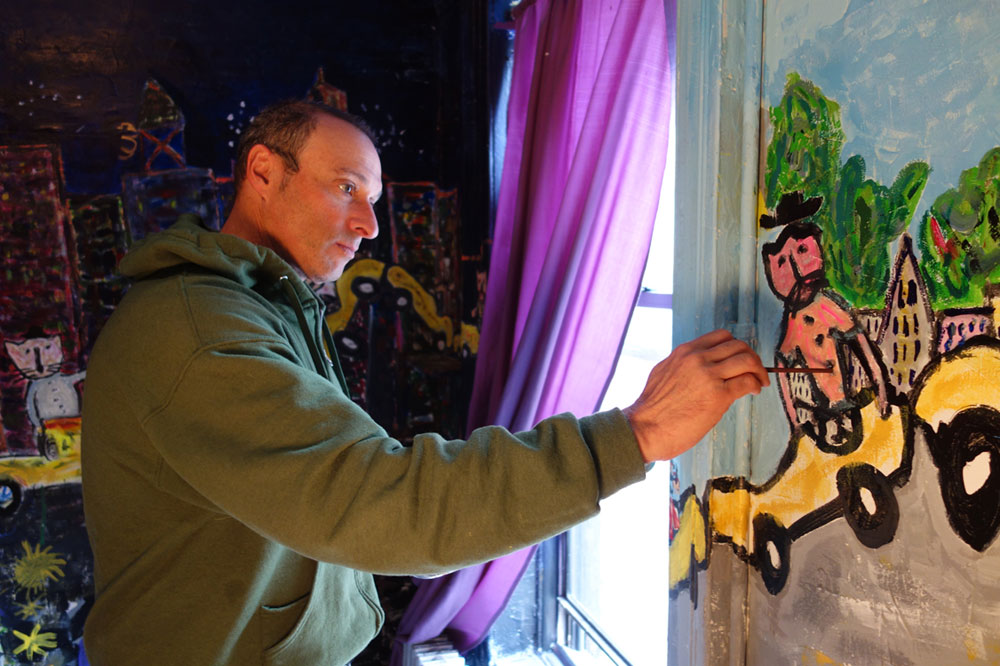 “Without those who dare to swim against the norm, the world would be beige and boring!”

“The design of room 6C is inspired by New York’s Art Deco architecture found throughout in the city, most prominently in the iconic Chrysler building. The colours and textures were chosen in order to play with ideas around palatial rooms and to create a stage-like environment to be inhabited by the hotel guests.
The paintings on the panels depict everyday scenes of New York and mix New York’s history and present time, combining comic style painting and theatre design.” 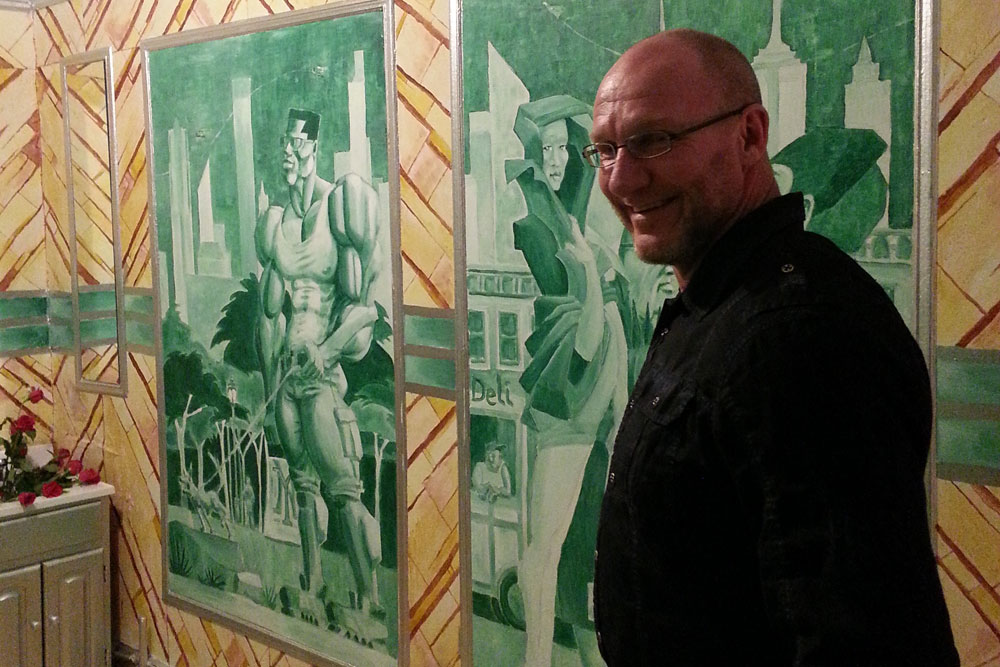 “In residency at the Carlton arms I was faced with creating an entity where one can escape the world of Manhattan and close the door tightly… As a classically trained figurative painter working in the tradition of humanism….
My femme figurines reside in timelessness contained in a moment…being against gravity, while creating its own abyss…I invite you to peer into the light on form of this chamber, and ponder/decide if what is seen or seems is but a dream within a dream” 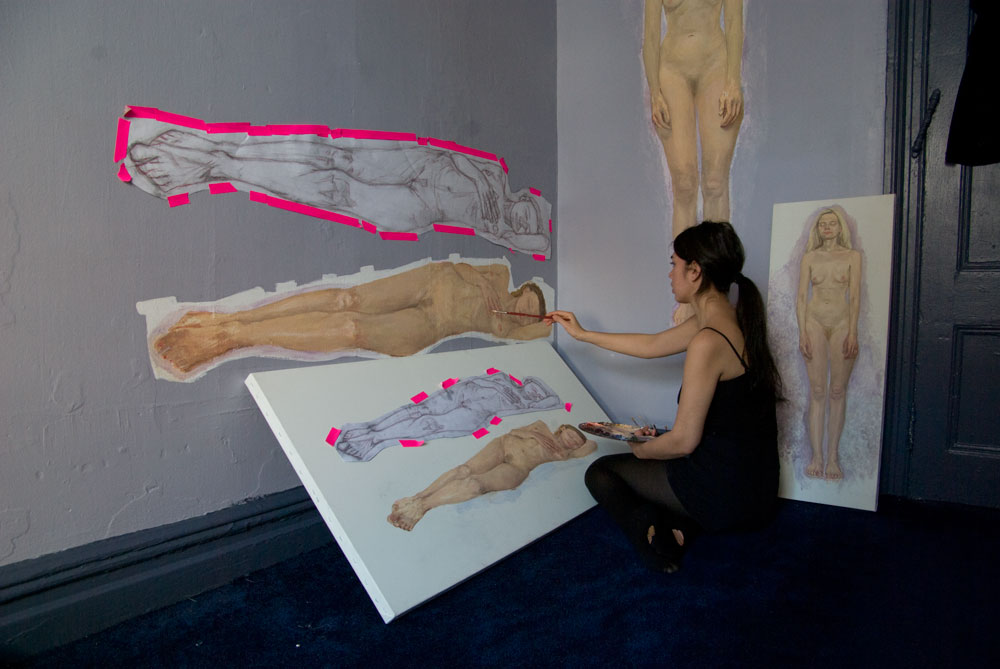 “My work for 2B is an immediate and direct response to New York City. When I first arrived in New York in 2013, I was immediately confronted with the expected clichés of diners, neon signage, flags, jazz bars, all of those unreal fantasies. Something seemingly insignificant that really caught my attention were the trash bags piled up on street corners. While living in Long Island City, I would walk past a pile of trash bags daily on my way to Queensboro Plaza. Every day/ week/ month it grew, one fantastically-colored plastic bag at a time. This hideous out-of-control garbage pile said everything to me. The bags I have painted are imaginary. The shapes and colors are abstractions drawn from memory and what pattern and rhythms of nature I can feel and observe from my studio window and strolls around the city. Within an image of urban waste I have tried to capture – in brief painterly moments – some true sense of nature.” 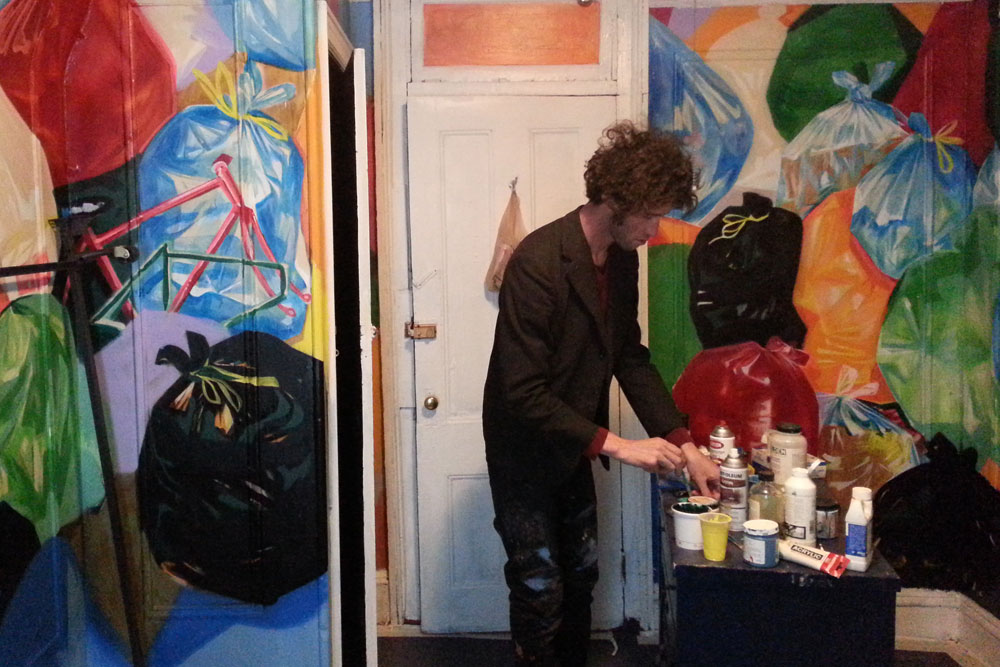 As Alison Nguyen shows us in Night-Shift, time is like a cloud of cigarette smoke, something nebulous, ever expanding and retreating, and if we try to take its measure we may only let it slip through our fingers.
In Nguyen’s photographic nocturnes, memory and even time itself shift–rooms widen and narrow, figures are visited by their own ghosts, darkness creeps in at the edges. The mundane day-to-day–night-to-night–workings of a hotel slip loose from their moorings and enter another world completely.
In these images, Nguyen elides the distinctions between performance and documentation, between observation and hallucination. 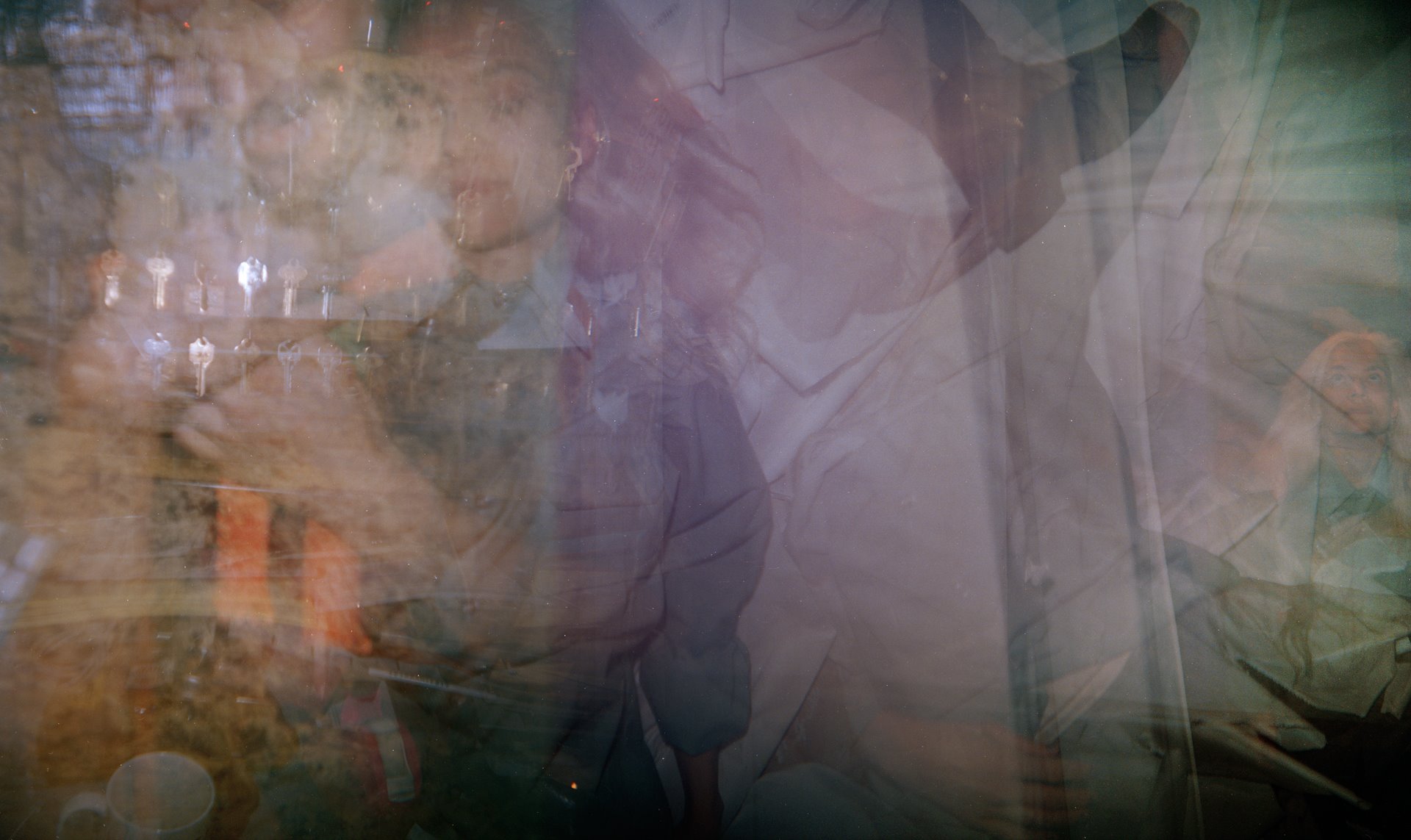 ‘aftermath’ (working title) is an ongoing photography project by Alex Wolkowicz, documenting the Carlton Arms’ hotel rooms as they are left behind by their occupants. Wolkowicz accesses the empty rooms during the brief window of time after checkout, when they are about to be reverted into rooms with nobody’s personal history attached to it. With the rooms still smelling of the people who just left, Wolkowicz catches intimate insights into abandoned temporary homes… She is left with the debris of a time spent here behind closed doors, gathering evidence of lost (hi)stories… 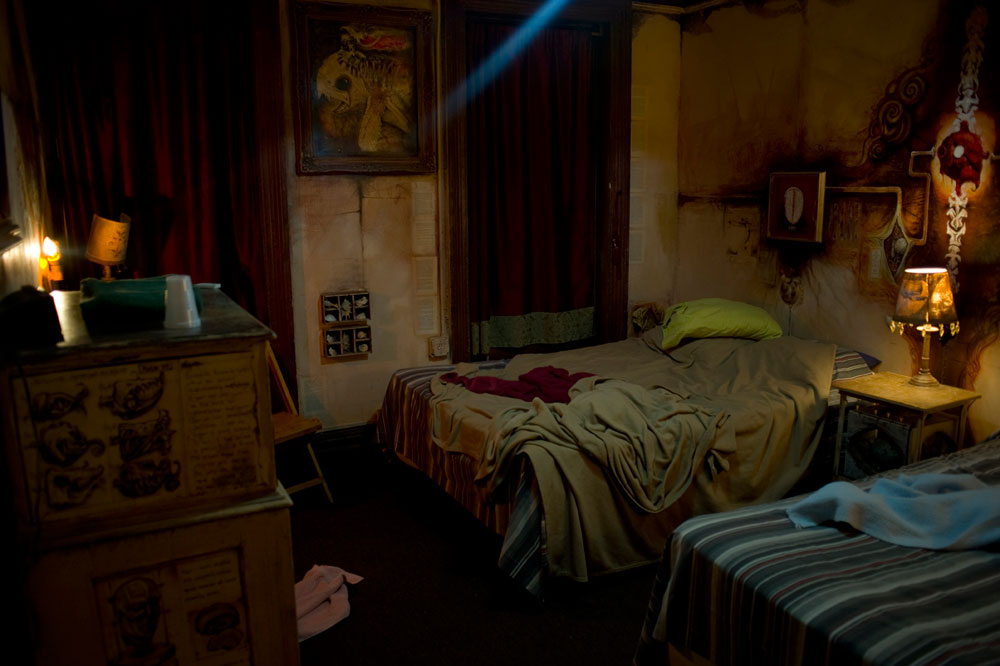 Photographing artists at the Carlton Arms Hotel is always a very unique experience. Hotel’s environment differs greatly from the everyday studio, there is no boundaries, the walls become the canvas. 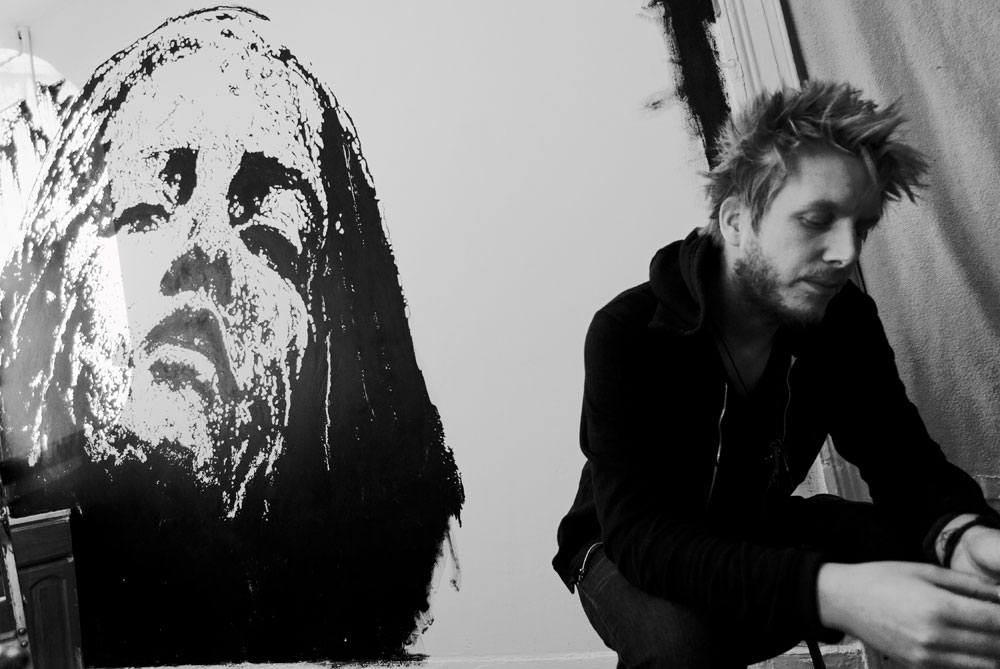