Through the years one would find Dan Stuart in unique spots in the city. Sometimes across street from the zoo in Central Park, others on a corner in Loisaida, under an old a tree in the Village or by the water near Brooklyn Bridge, mild days of winter, cloudy summer evenings.

Canvasses, paints and brushes all over, he isn’t there to get inspired for his paintings – easily done in sleepless nights at his small studio in Brooklyn. No, he’s there to tell you a story…If you have a few bucks to spend, he would sell you one or two of his small paintings and if he likes you, he would give you a tip for Sunday afternoon horse race at Yonkers. A master story-teller, he could walk you for hours into the streets of flavorful, rich New York stories, his own, filled with all the drama, suspense and fascinating characters good novels have.

In this unique collection of his paintings Artbreakhotel Gallery is exhibiting in October, however, his recurrent characters get to leave the big city. They get to travel to distant lands and oceans where tomatoes sing to stars and cats dance with red apples in a little farm. Life is simple, fun and happy in the artist’s vision of this wonder world. Each painting is a fable. And even if the old clock (showed in many paintings) has stop time at 4 sharp, the party keeps going, in the sky, under the seas. Dan Stuart’s characters are oblivious of time and space. Innocence is not lost in them. 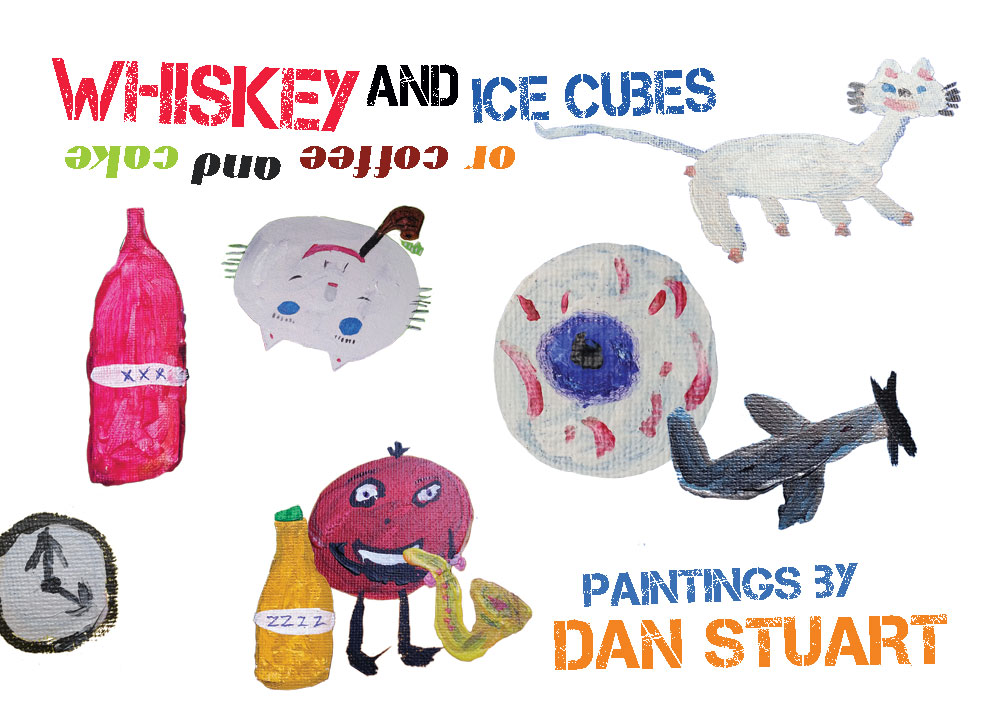 Here is the conversation with Dan Stuart back in November of 2010 with Carlton Arms Hotel manager, John Ogren.