The 36th annual opening celebration of newly created hotel rooms, murals and artworks by an international gathering of artists-in-residence from Australia, the Netherlands, Sweden, and the US promises to be an event as eclectic, unconventional and bohemian as the hotel itself. This year’s extravaganza features a musical element with two new rooms created by artists who are notable musicians and DJs: ‘The Fascinator Suite’ by Lord Fascinator (Australia) and ‘Static Action’ by Heather Gabel of the band Hide (US).

Swedish artists Albin Wiberg and Restlessminds (Linda Emily Al-Ghussein and Fabian Olovson) have returned to re-interpret their rooms ’Nitty-Gritty’ (2013) and ’Back to the Closet’ (2016). Wiberg’s room now incorporates references to his fascination with New York City sidewalks, whilst the artist duo Restlessminds expands on its playful commentary on the queer debate.

Darek Solarski (Greenpoint) unveils his updated artwork in the main staircase: ‘The Carlton Arms’ history in approximately 8796 square inches’. In a close to miniature style painting, Solarski takes the viewer on a tour of over 100 details from artworks found in each of the 54 hotel rooms as well as quirky references to the establishment’s rich history and characters.

The hotel’s Artbreak gallery presents ‘Fields’, a mixed media installation by Marijke Brinkhof with sound by Alex Wolkowicz. The installation will be on view until March 18th. 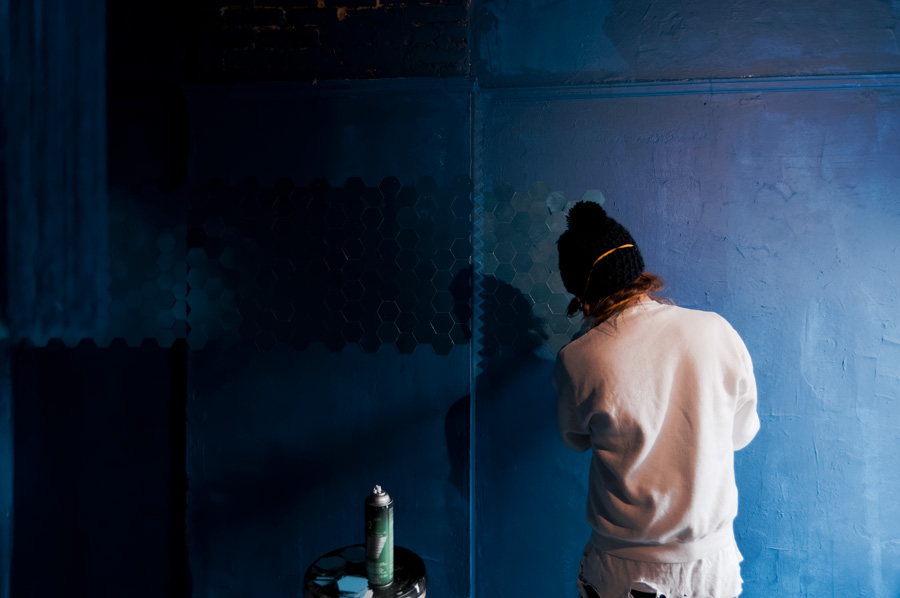 Lord Fascinator has been transforming room 14D into a physical manifestation of his subconscious. It is accompanied by a 24 hour looping soundtrack of original music that the guest can turn up or down but not alter. He describes his creative process:

“I’ve engaged in several sessions with a therapist with the express intent of visualising my subconscious. Specifically, that space where ideas originate. In my case the most potent ideas tend to manifest themselves as songs and using mild hypnosis among other things we delved and kept coming to a place just after death. The death of a relationship, or of a part of myself when I’ve moved from a place or sometimes a person I’ve loved… I regularly found myself floating in the ocean, between two lands. Initially rudderless and helpless but as the sessions continued my vessel grew a sail. I could steer. Then, in a recent session, once my therapist told me the ship was my ego it dissolved and I found myself levitating in a blue haze, moving at will. This is the feeling I want to convey to the guest.” 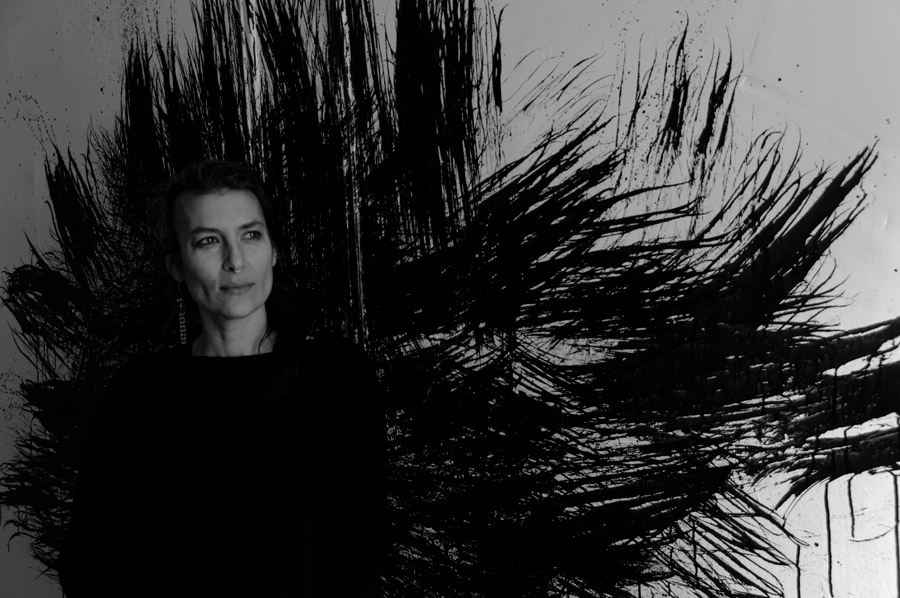 Using her hair drenched in ink, the artist has transformed 1B into a visceral display of the relationship between stillness and motion. The Rorschach-like patterns this physical process has yielded speak to balance, dissonance, control and reckless abandon. Mirrors are employed to offer guests unique yet mutable vantage points depending on their orientation within the room.

Gabel elaborates:
“In an effort to both define and blur the line between the conscious and the unconscious, the deliberate vs the instinctual motives for our actions, this installation serves as a lens of absolutes through which to view the power and presence of ones self in conjunction with the undeniable repercussions of our actions.” 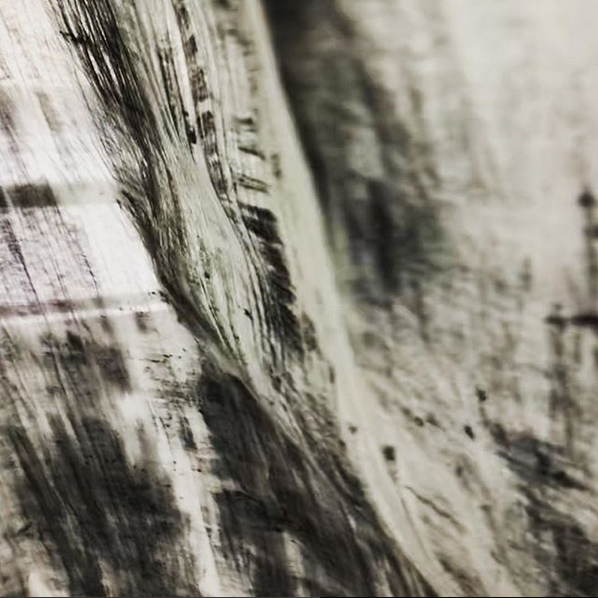 Marijke Brinkhof, an artist and set designer from Rotterdam, who designed room 14B in 2015, has returned to create an immersive environment in the hotel’s Artbreak gallery. She uses drawings and textures in a mixed media installation that deals with her transformed sense of space and balance after first loosing her sense of smell and subsequently part of her hearing. She describes the urge to create an environment that reflects her altered perceptions:

“Since I lost my sense of smell, I experience nature differently, as I am more concentrated on what I see, feel and touch. After a recent surgery, I lost a vestibular and went partially deaf. Since then I am fascinated by movement and sound: the way I feel when my surroundings move and the way I can move with them inside, whilst remaining still. Music is not that interesting for me anymore, but sounds like birdsong or rain make me feel connected with the ground and the vastness above.”

The installation features an ambient soundscape by Alex Wolkowicz. 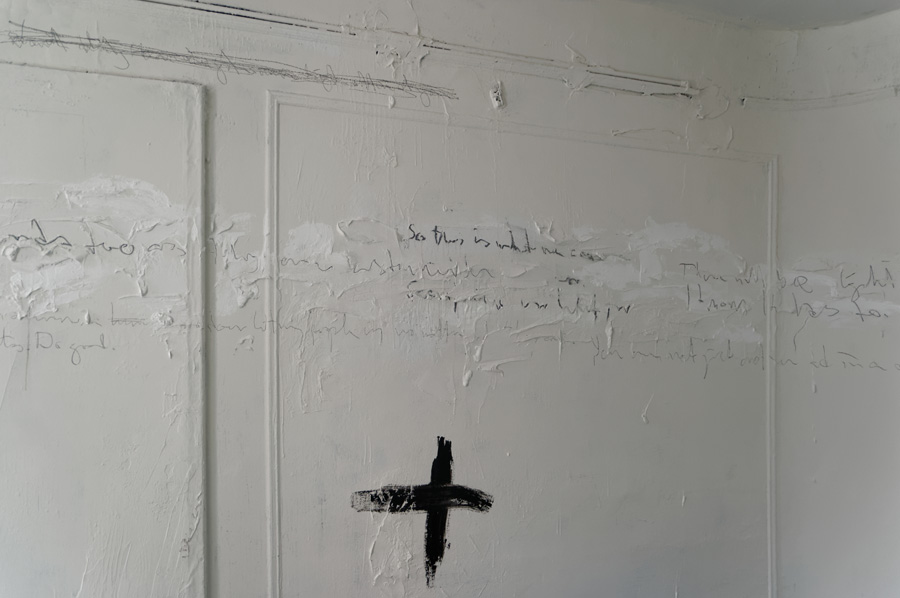 “Painting to me is relieving and expressing a mood or a feeling from inside, subconscious as well as registrations and interpretations of everyday life social, emotional and general. I do whatever it takes to create that certain feeling.” 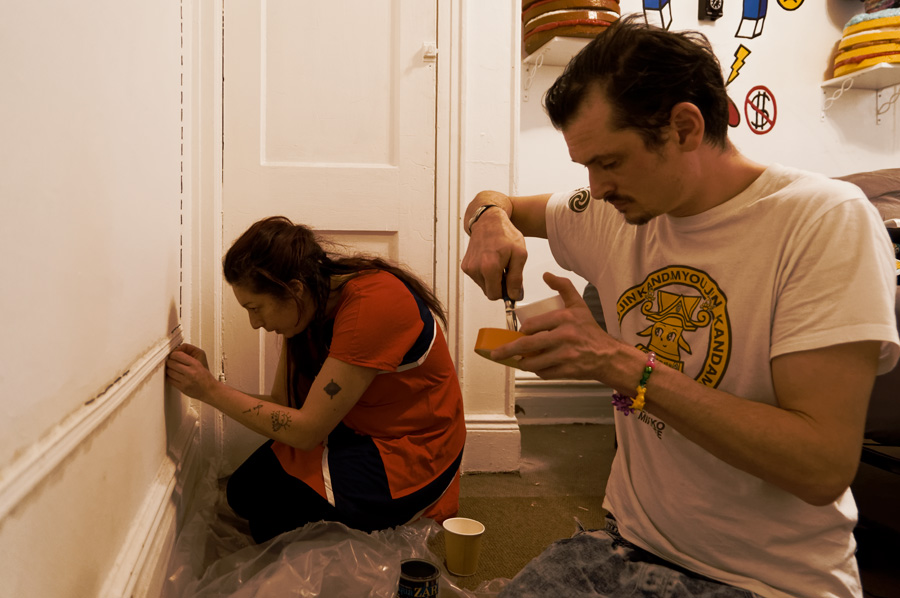 “The title for our room is “BACK TO THE CLOSET”, which will be a confusing comment on the queer debate. We want the guests to be attracted to change their identities and nuance the discussion about “COMING OUT OF THE CLOSET”. We are playing with the idea that it is possible to come out as whatever… That one’s identity doesn’t have to be connected to their sexuality and that an identity doesn’t have to be fixed – it could change from time to time depending on the moment. We want the room to give the guests the inspiration to become a lamp at a party or walk the street as a potato or just wear a wig. The room will feature sculptures, embroidery, collages, wall paintings and costumes.” 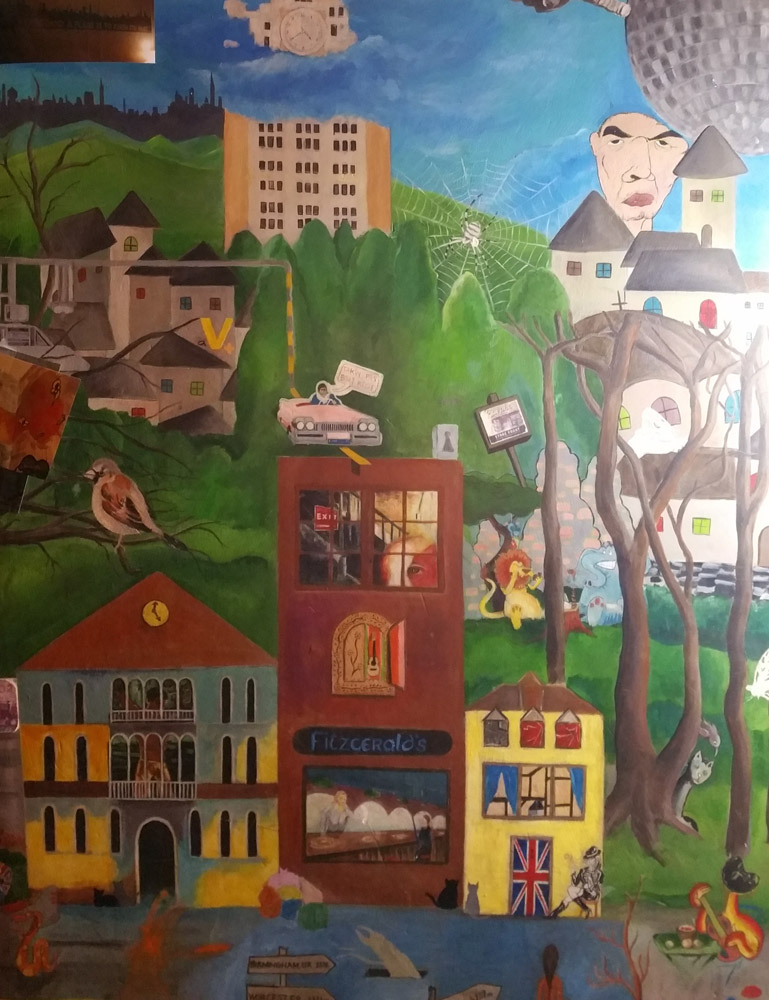 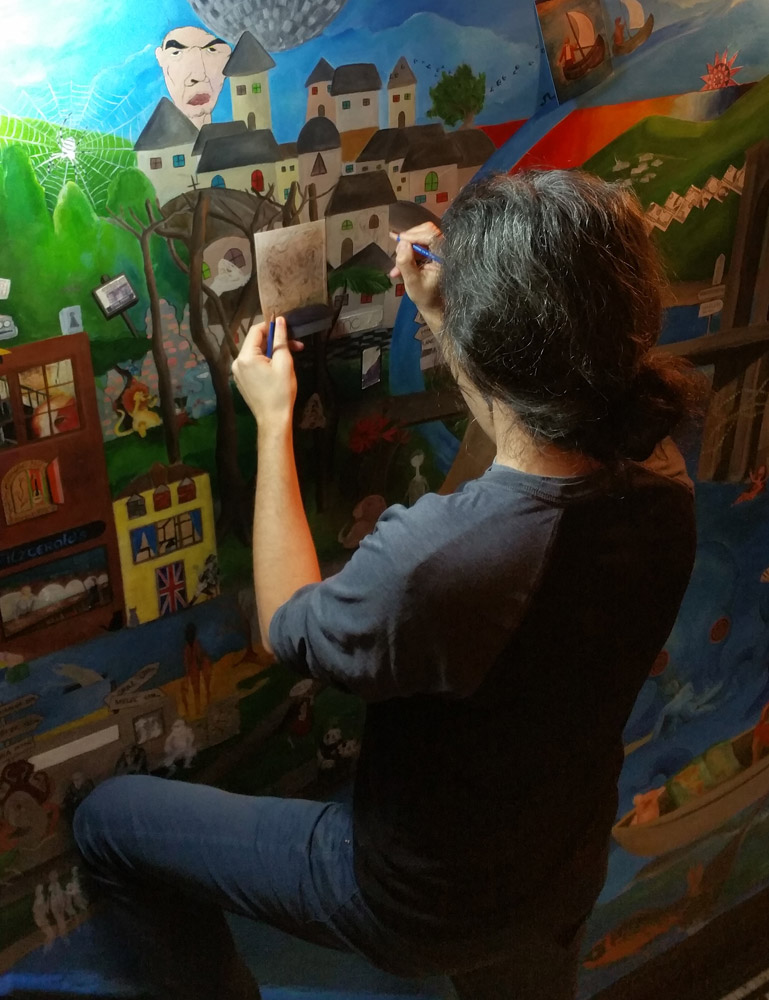 Lobby wall project started as a tribute to people who over the years contributed to the wondrous Carlton Arms Hotel. Created in 2009, mural included over 100 details from different rooms. Newest update compraise 30+ new additions. The wall serves as the condensed tour of the hotel.