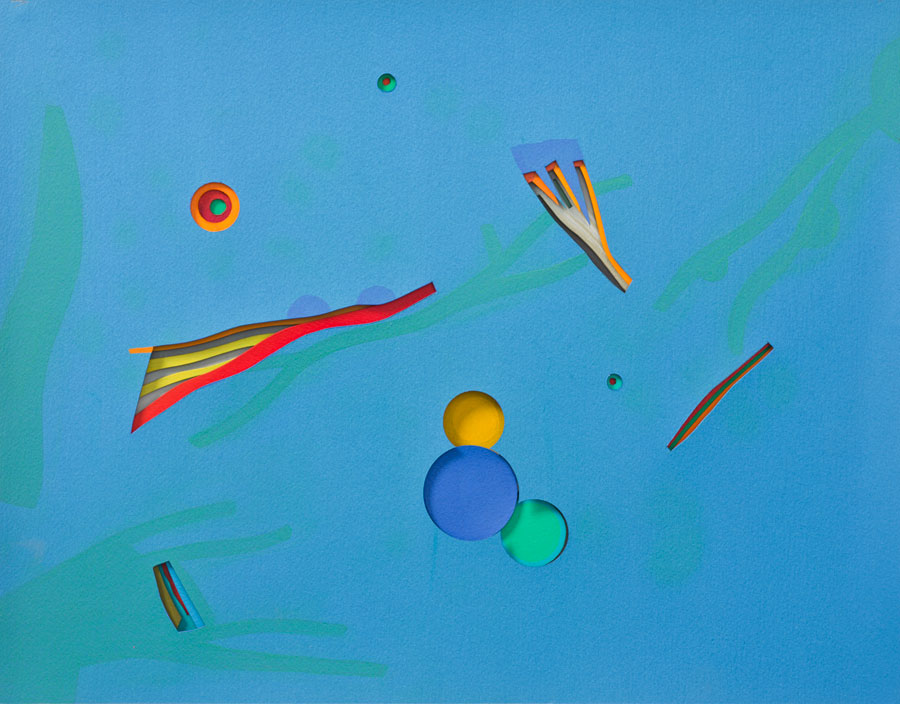 He studied in the School of Arts of Zaragoza where he met his partners from the Grupo Forma (1972 to 1976). After a period of intense activity with the transgressing group, he continued his activity separately. He started to work with Sala Gaspar in Barcelona doing multiple exhibitions in Spain and abroad. His work became intensely colourist, full of eroticism and sensuality.

In 1988, he set up a studio in New York. He returned to abstraction and made large-scale paintings creating floating architectures with a restrained palette. Gradually he began to re-introduce color, making paintings where the organic and the cellular co-exist in space. Some of these paintings refer to cosmic space, others to urban, keeping the rhythm and balance of the landscape. Coloured shapes began to emerge from the surface of these paintings making them seem three-dimensional.  He continues to paint, but since 1995 he has become interested also in installations where light and color become very important. He works in different places: Israel, Australia, United States, Poland, Germany and Great Britain.

In his last works he is interested in creating shapes starting from the surface. Armed with a scalpel as if he was a surgeon, he cuts the surface layer by layer, and after that, with the light and our own movement the final image will be created.

He considers himself a multimedia artist who loves paintings and handmade work, who does not stop researching and is constantly looking for new ways that can surprise him. He currently lives in Zaragoza.

“But my Lord has shewn me the intestines of all my countrymen in the Land of Two Dimensions by taking me with him into the Land of Three. What therefore more easy than now to take his servant on a second journey into the blessed region of the Fourth Dimension, where I shall lock down with him once more upon this land of Three Dimensions, and see the inside of every three-dimensions house, the secrets of the solid earth, the treasures of the mines of Spaceland, and the intestines of every solid living creature, even the noble and adorable Spheres.” – Edwin A. Abbott, Flatland. A Romance of Many Dimensions, 1984 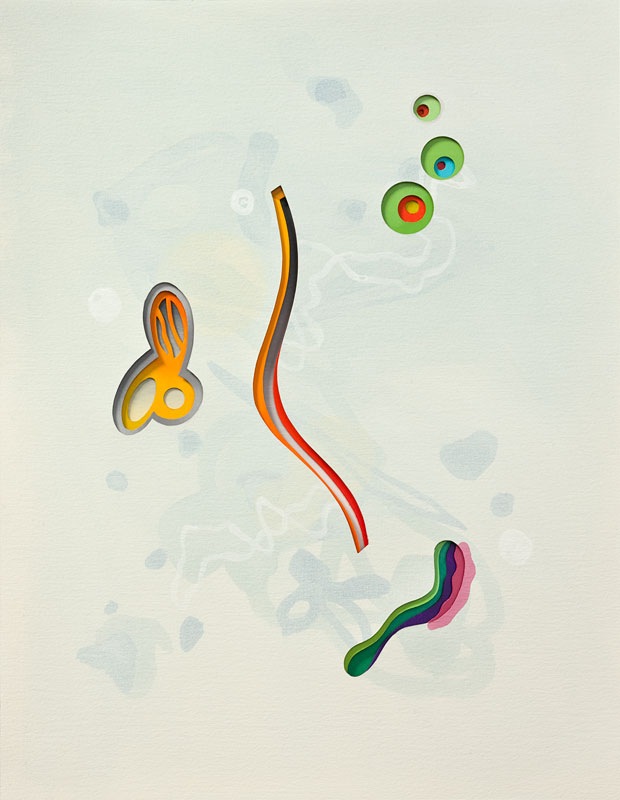 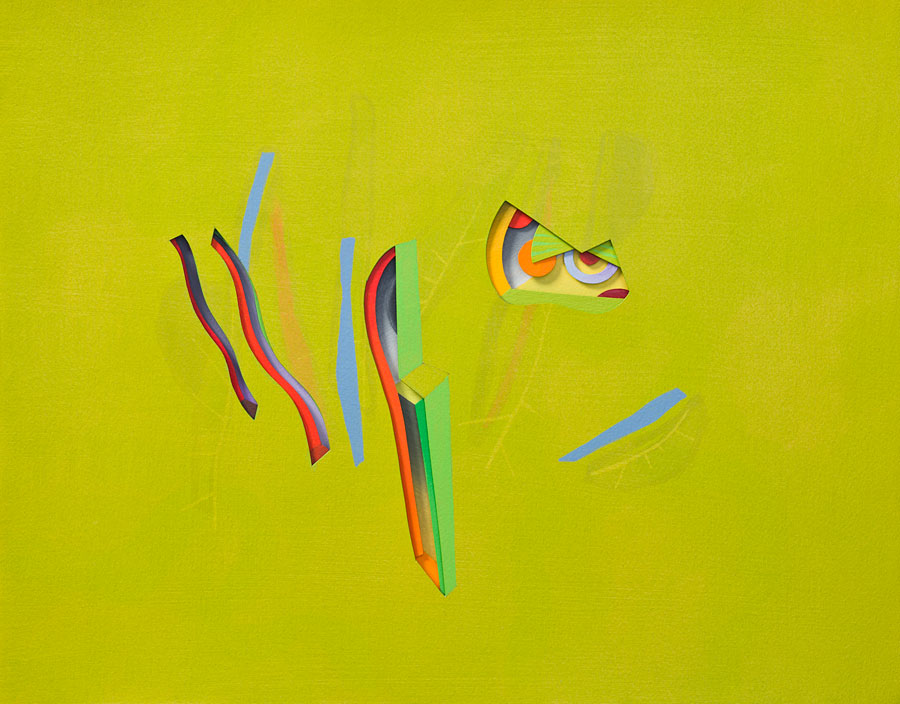 Paco Simon painted room 4B at The Carlton Arms Hotel in 1989. It’s one of the oldest rooms still in existence today. Room was recently restored and will be available for viewing during the opening night for “Under the Skin”. 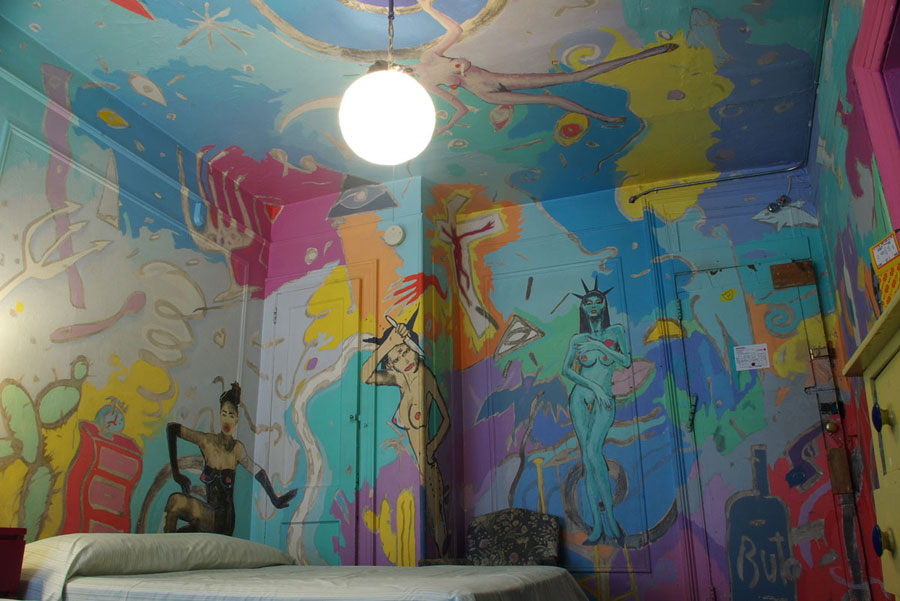